8 Under-The-Radar Fashion Brands You Should Know About

It is officially holiday season, which means it is time to SHOP! It can sometimes be tough to shop for a lady who has it all. But fashionistas can rejoice because we have eight under-the-radar fashion labels that every it-girl should add to their wardrobe this season. These brands have all made a mark in the high-end fashion world and are already favorites of supermodels and celebrities such as Bella Hadid, Karlie Kloss, Beyoncé, and Chanel Iman. Check out the brands fashion insiders love and get ready to add them to your wardrobe this season! 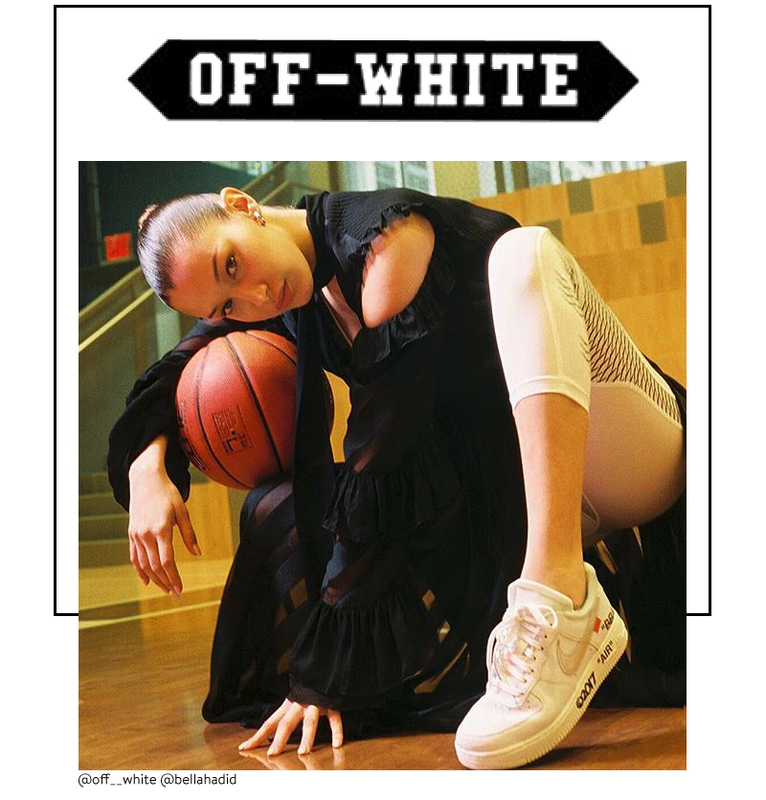 Launched in 2014 by Virgil Abloh, who was once Kanye West’s creative director. Off-White is a luxury streetwear label that has been a huge success since its launch in 2014. The brand is Inspired by the youth culture and collections often include structured bags, sneakers, boots, and bomber jackets, hoodies, and other cheekily branded products. The Fall 2017 show featured a more mature collection, including tailored hounds-tooth suits and ethereal, soft gowns with cutouts and asymmetrical hemlines. Along with some vamped up brand classics such as bomber jackets, denim, and hoodies. 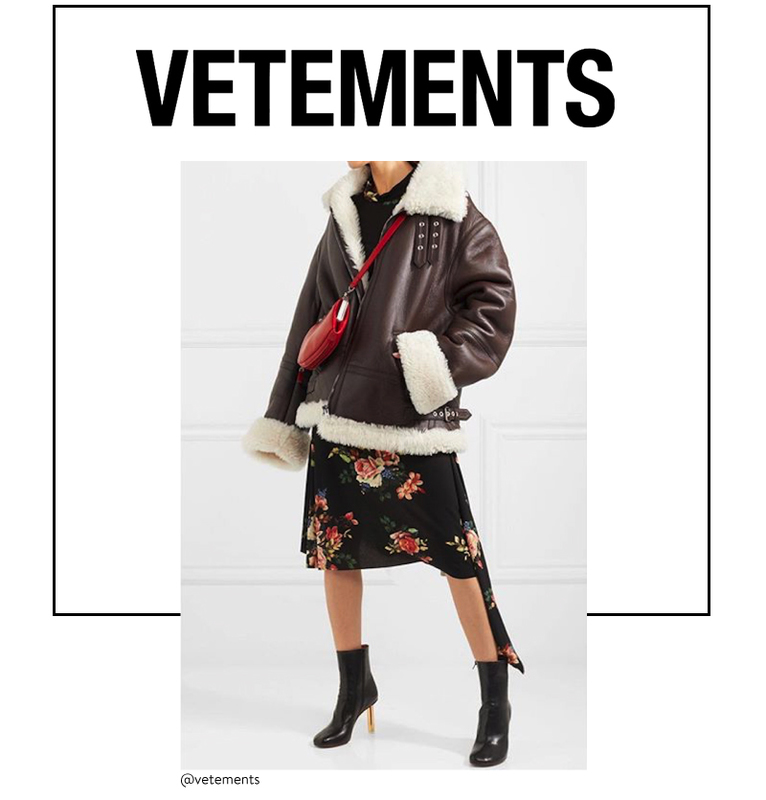 Vetements is a French clothing and footwear brand founded by notorious fashion designer Demna Gvasalia in 2009, who desired to escape the continual rebranding and reinvention of the fashion cycle. Although Gvasalia is the head designer, she works with a team of collective young designers who have previous ties to Maison Margiela, Balenciaga, Céline, and Louis Vuitton to create impactful designs with immediate appeal. The brand collection consists of down-to-earth, youth culture- inspired pieces including oversized hoodies, overcoats, and trousers designed with playful proportions, deconstructed raw hems, and elongated knits. Vetements is also known for its many collaborations with other brands such as Reebok, Levi’s, Canada Goose, Champion Sportswear, and Manolo Blahnik, just to name a few. 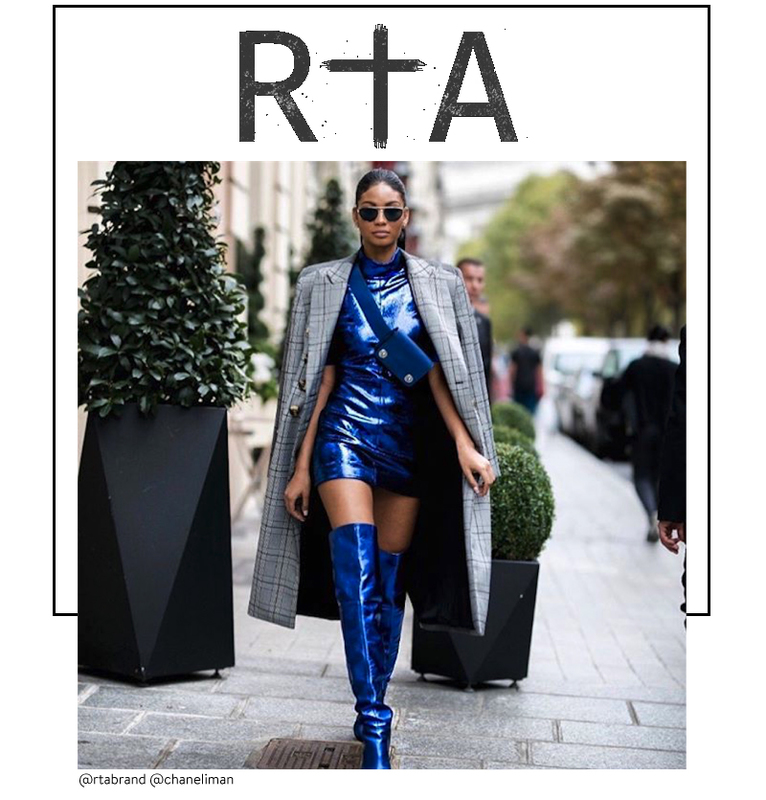 RtA is a Los Angeles-based brand founded by the design duo- Eliz Azran and David Rimkoh. RtA stands for the “Road to Awe”, which is what the designers aspire for each creative yet laidback piece in their collection. The brand combines and collaborates feminine and androgynous looks, inspired by street style and free-spirited nature. The brand staples often include sleek outlines, with simple shapes and elegant materials. The Fall 2017 collection was politically-inspired and the pieces reflected a rock ‘n’ roll mentality for the empowerment of women, featuring a lot of metallic, patent leather, striped denim, and glamorous fur jackets. 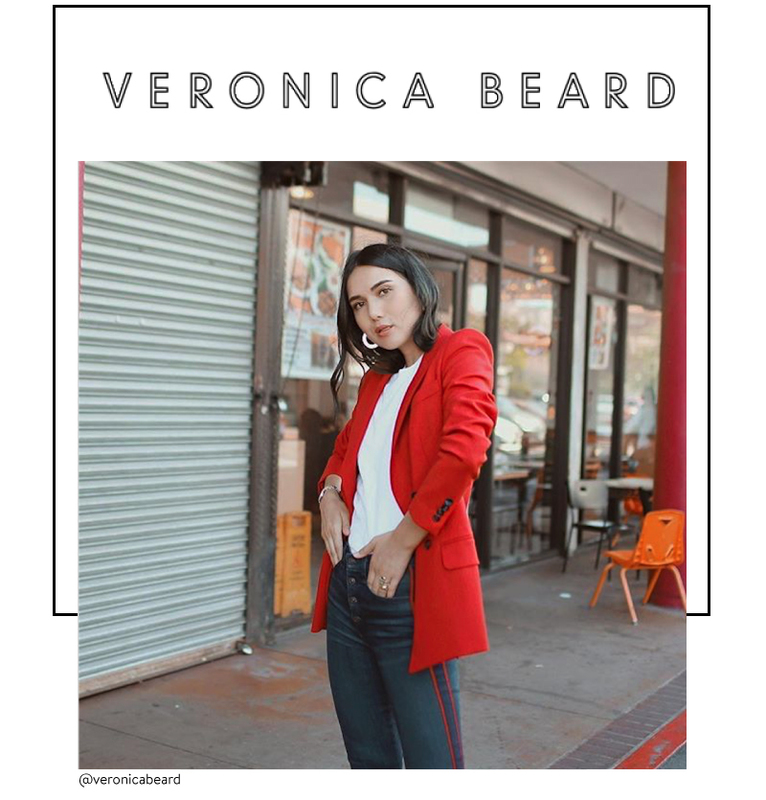 The eponymous label, Veronica Beard was launched by the two sisters-in-law Veronica Miele Beard and Veronica Swanson Beard in 2010. Along with sharing a family name, the two women also share a passion for creating clothes that are feminine and effortless but also include a contemporary mystique with a bohemian spirit. The cool-girl staples include blazers, shirt dresses, and tailored pants. However, Veronica Beard’s Fall 2017 collection introduced two major additions: denim and shoes. The new denim collection is unique in allowing customers to customize their denim wardrobe from the ground up, with their wide variety of colors, washes, and striped details. Take a look at the collection for yourself to see why this unique brand fills the wardrobes of style icons Giselle Bündchen and Sarah Jessica Parker. Stop by the label’s SoHo store at 78 Greene St, New York, NY 10012. 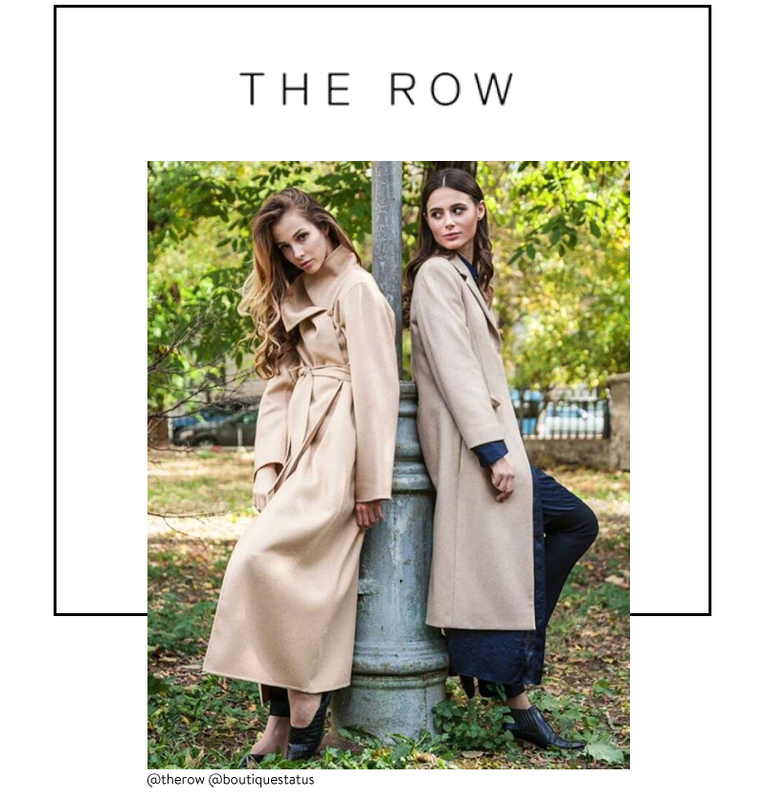 The Row, established by the famous and stylish duo, Mary-Kate and Ashley Olsen, is known for its rich and fine fabrics that are crafted in a variety of simple silhouettes. The brand has a feminine vibe with minimalistic charm and often showcases an understated color palette of natural hues that give a sense of timeless and relaxed elegance. The designer duo aspired for the brand to support high-end fashion manufacturing in the United States. The brand’s collection includes ready-to-wear, footwear, handbags, and other accessories. For Fall 2017, The Row’s collection focused on outerwear, including belted oversized trench made of cashmere, leather, and fur, styled with lace-up combat boots combat boots, along with tailored suits and high-waist denim. The brand has evolved since its start in 2006 and has gained a major celebrity following, with the likes of Michelle Obama, Selena Gomez, Chrissy Teigen, Reese Witherspoon, and Gigi Hadid. 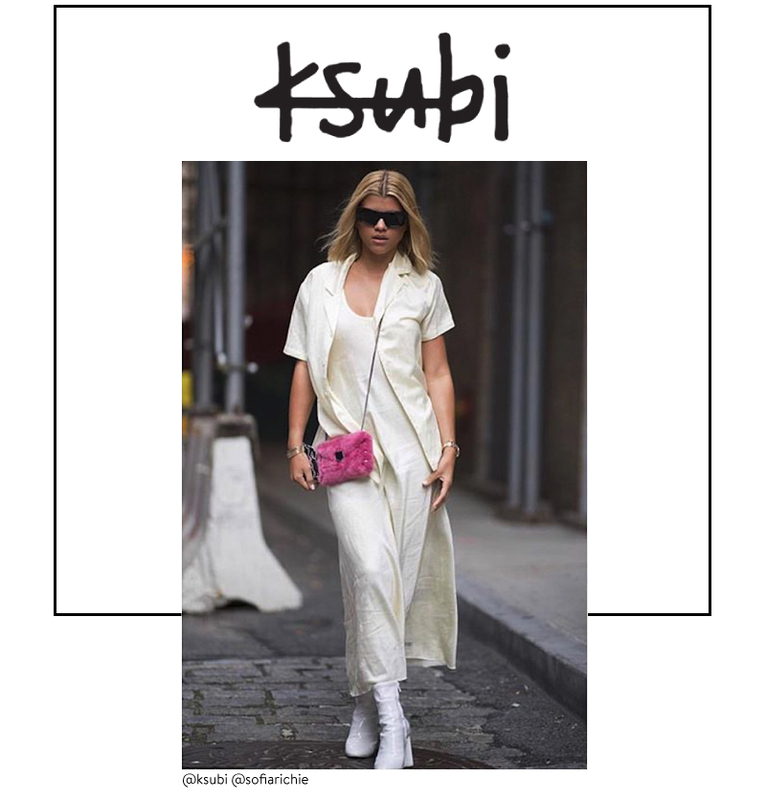 Ksubi is an Australian fashion label, founded in 1999 by Gareth Moody, Dan Single, and George Gorrow. The brand originated as a denim company, featuring timeless pieces that have been revitalized for a grunge-inspired look. Ksubi has become a cult streetwear brand, due in part to its many collaborations with other fashion labels and musicians throughout the years. However, Ksubi has become even more relevant in today’s youth culture, thanks to big-time rappers name dropping the label in their music. Some of these musicians include Travis Scott (also releasing a denim collaboration with Ksubi October 2017), The Weeknd, A$AP Rocky, 21 Savage, and Vince Staples. Ksubi is also known for its collaboration with Jeremy Scott back in 2008, prior to his takeover as Creative Director at Moschino. Ksubi has expanded past denim, now carrying graphic print t-shirts, luxe sweatshirts, jackets, and knits. Fashion icons such as Kendall and Kylie Jenner, Sofia Richie, Hailey Baldwin, Kanye West, and Justin Bieber are just a few big names that have been seen sporting the brand. 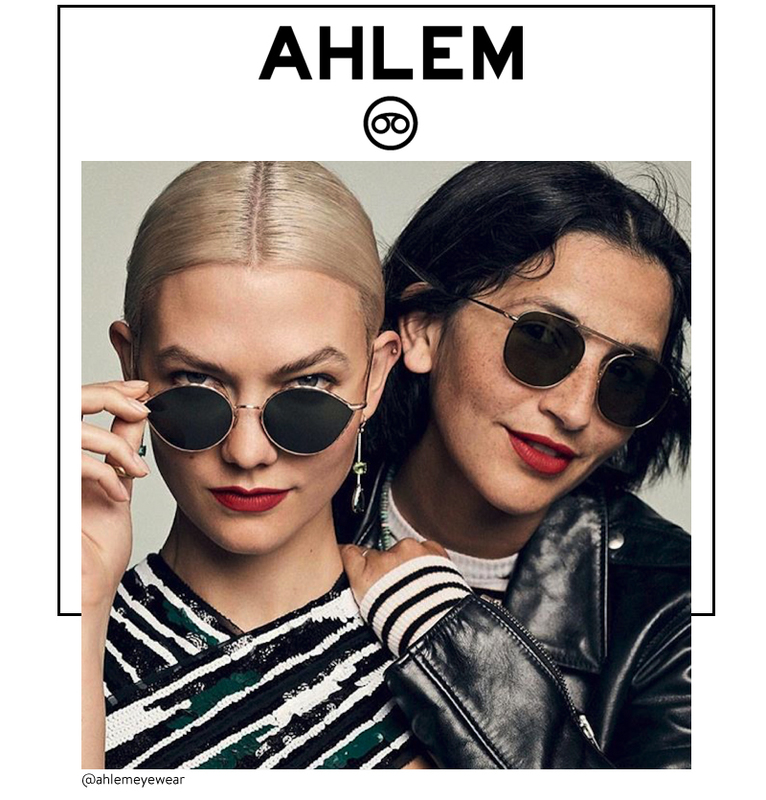 Ahlem is a luxury eyewear brand that has become a celebrity must-have in its few short years on the market. Created by French-born, LA-based Ahelm Manai-Platt, she launched the company from her own home studio in Venice Beach, California in 2014. The goal of the eyewear brand was to evoke the inspirations that one feels when they are in Paris. Not only the city but the people- the artists and intellectuals who live and work in the city but take the time to relax. Each pair of glasses is named after a neighborhood in Paris and are handmade in France. Every pair is entirely hand-made with an extreme attention to detail. The luxury eyewear brand’s signature: beveled temples, rounded edges, and a finely curved nose bridge, with a mixture of hard and soft elements. Since its launch, Ahlem has become an instant hit with celebrities such as Beyoncé, Kendall Jenner, Kanye West, Karlie Kloss, as well as Vogue editors. If you are in Los Angeles, we definitely recommend you checkout Ahlem’s flagship store in Venice. 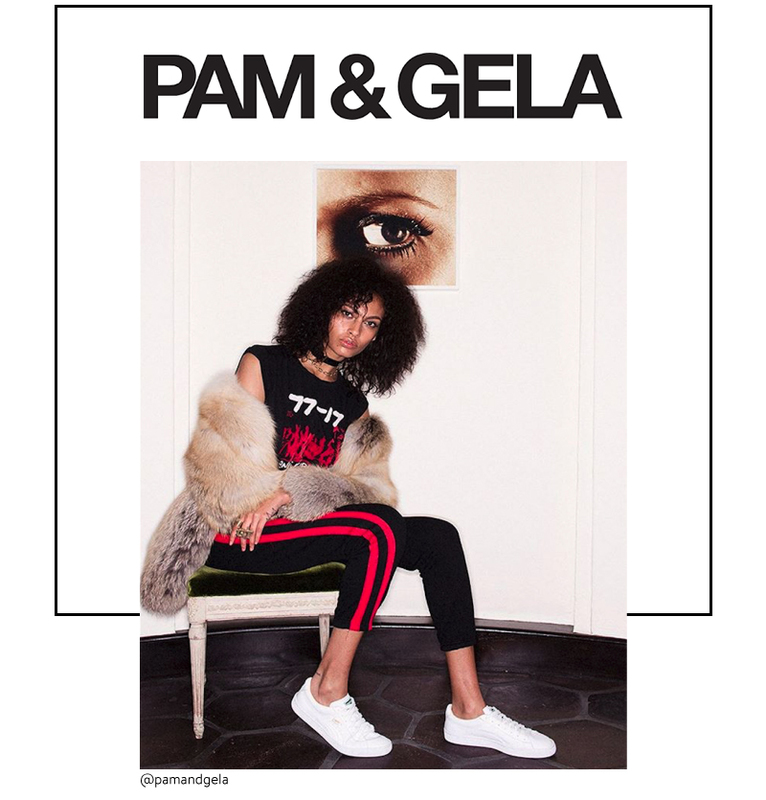 Pam & Gela is a women’s contemporary designer brand launched and created by the same designers of the 2000’s fashion fad brand Juicy Couture, Pamela Skaist-Levy and Gela Nash-Taylor. Both Pam and Gela have an obsession with effortless style and consider the brand to be a translation of west coast chic to the world. Pam & Gela has tried to maintain its Juicy Couture roots including updated, more modern versions of the notorious velour Juicy Couture tracksuit look of the early 2000s. The brand continues to create colorful tracksuits and athleisure that is both comfortable and edgy. For its Fall 2017 collection, the brand took a political shift, like many other brands, which includes items that empowering such as feminist graphic t-shirts, camouflage prints, monochrome sets of sweats that can be worn with sneakers and a fur coat, and other comfortable clothing pieces that are perfect for a laidback day inside watching Netflix. Pam & Gela’s Sports Stripe Sweatpant is a must-have for the winter season.

Download the Brick & Portal app and check out these trending brands! 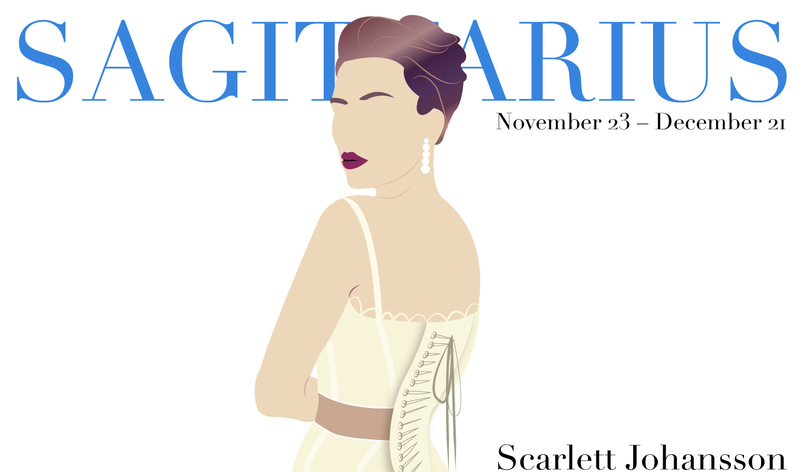 Sagittarius is heating up this holiday season 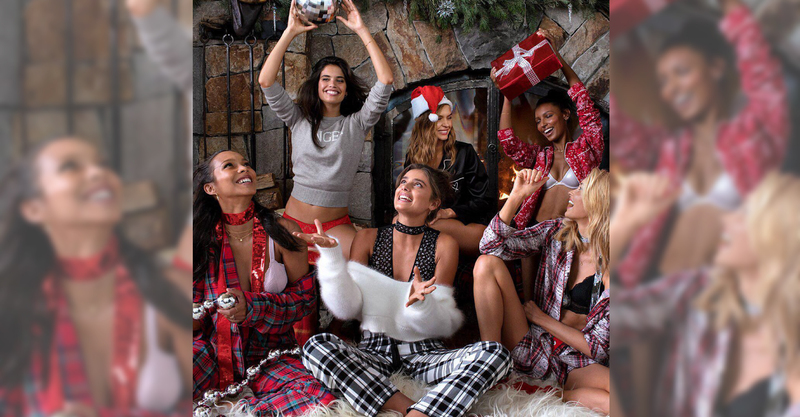 This Holiday Season: Are you naughty...or nice?